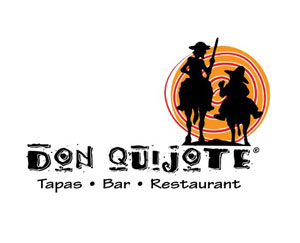 Don Quijote is the chivalric main character in a fictional Spanish novel titled “El ingenioso hidalgo Don Quijote de la Mancha”, translated as “The Ingenious Hidalgo Don Quixote of La Mancha”. In episodic fashion, the novel narrates the exploits of Don Quijote who, obsessed with tales of chivalry, roves the lands in search of adventure. Accompanied by his skinny horse Rocinante and his sidekick Sancho Panza, he asks to be bestowed knighthood by an innkeeper that he thinks is the lord of a castle and battles wind mills that he believes to be ferocious giants.